Marching for Justice . . . Together

Around the world, protests against racist police brutality have arisen. The protests aren’t just for American cases; they’re also highlighting cases in other countries, with demands for new investigations or renewed attention for people of color who were killed or mistreated due to systemic racism.

In small towns and big cities from coast to coast, Americans took to the streets giving voice to the grief and anger that generations of black Americans have suffered at the hands of the criminal justice system.

Thousands upon thousands of people of different races, ages, religions, sexual orientations, young and old, black and white, family and friends have joined together to say: Enough.

If you’re unfamiliar with the statistics:

After  nearly two weeks of unrest in the U.S. characterized by police violence and misconduct against protesters, several cities have scaled back law enforcement. Daily demonstrations, now in their second weekend, were largely peaceful.

Philadelphia saw one of the largest groups of city demonstrators since protests began. Among those who rallied on Saturday were members of the 76ers basketball team and a couple who married during it.

In New York, nearly a thousand people streamed into Grand Army Plaza in Brooklyn, and several thousand gathered near Central Park in Manhattan. Some danced and others played music, and chants of “Whose streets? Our streets!” rang out even as a downpour soaked the crowds.

In D.C., the fence outside the White House was converted into a crowd-sourced memorial wall to black men and women who lost their lives at the hands of the police. Hundreds walked the wall, viewing, adding names, paintings and posters, making this an open air museum and tribute.

History shows us that peaceful stances against unequal civil rights are successful. Here are a few peaceful protests that led to a positive social, and political difference:

The Suffrage Parade; “To ask for freedom is not a crime,” still holds true today. The 1913 Suffrage Parade shared the voices of over 5,000 courageous women speaking out for the right to equal political participation.

We are here, not because we are law-breakers; we are here in our efforts to become law-makers.

There were incremental victories last week in the Floyd case, with charges against three additional police officers who were present at his death, and charges against the officer who knelt on his neck elevated to second-degree murder.

U.S. police departments are re-examining their use-of-force policies and Congress is planning expansive legislation to address police brutality and racial bias. And a social media campaign #8cantwait was initiated to spur immediate change based on research that more restrictive use of force policies can reduce killings by police and save lives.

These are the tip of the iceberg, with so much more yet to be done.

U.S. civil rights groups have received a surge of corporate donations, with more than $450 million in pledges to groups focused on social and racial justice.

These donations come at an opportune time for nonprofits experiencing increased demand for services during the pandemic while fundraising is tanking. Some groups remain wary that companies are just in it for the good PR, but for now, these funds are a way to begin strengthening efforts for equal justice.

This week has been humbling. It has shown me, someone who considers herself to be progressive, that there is a great deal more for me to learn.

Underserved voices have been silenced for too long. I think the world is waking up and hearing with new ears. We’re all listening more and opening up to what we need to learn and better understand. 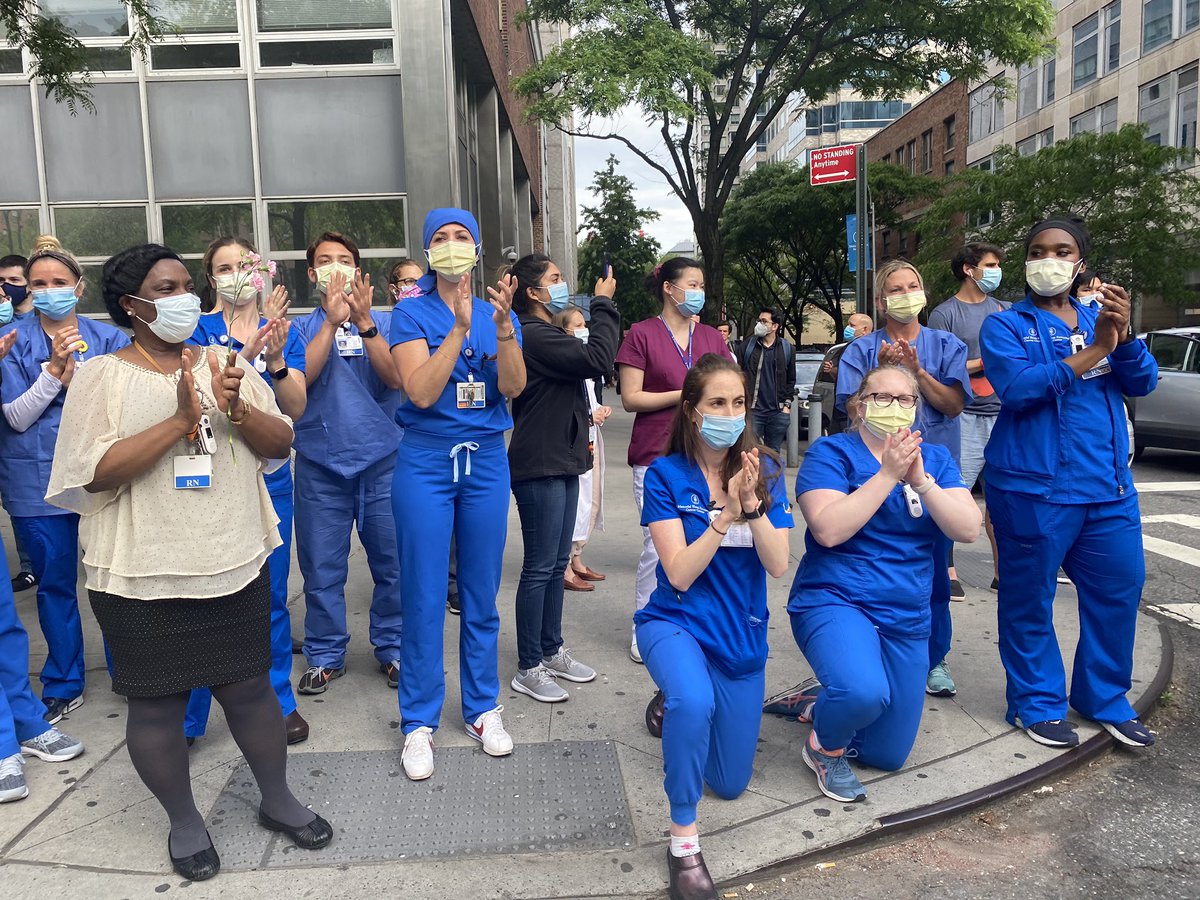 Highlight of the Week:
Health care workers cheer for protesters

At 7pm every night since March, New Yorkers have made a habit of cheering for health care workers, who risk their own well-being in the battle against the coronavirus.

On Tuesday, health care workers across the city raised their voices, put their hands together and knelt to show respect for peaceful protesters marching to bring attention to systemic racism and calling for justice.  It was clear the appreciation was mutual, as protesters also cheered the health care workers while continuing their march.

Take steps toward justice. To start, spend more than eight minutes and 46 seconds a day to be part of this change.

While it’s impossible to change all we need to change in a month, this personal 30-day challenge is a place to begin: